One of the joys of being filmmakers is getting the occasional chance to pretend we’re in college again – acting like hooligans. So when the Fort Wayne Curling Club came to us and said they wanted to produce a TV commercial to air during the Winter Olympics, and that we had total creative freedom, we knew it was one of those opportunities.

It didn’t take long for us to concept the Curling Fail video – college kids with milk jugs in a grocery store was pure gold. The FW Curling Club loved the concept and the store manager at Kroger, Brian Bulhman, couldn’t have been more supportive and excited. 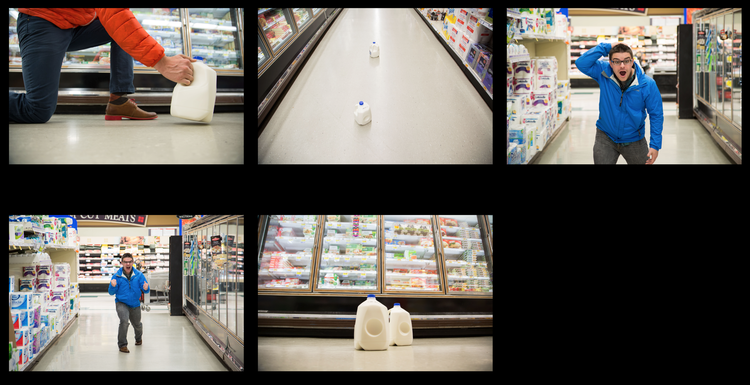 Stylistically we had one goal in mind – emphasize the drama. We chose to use three methods to pull this off.

Second, we produced the entire piece using static shots. Doing so challenged us to find the most powerful compositions to keep the focus on the subjects.

Third, we needed to pair the footage with appropriate music. We wanted a track that was mischievous and fun, and the Wickersham Brothers came through with an instrumental version of their original song, “Far from Perfect.” 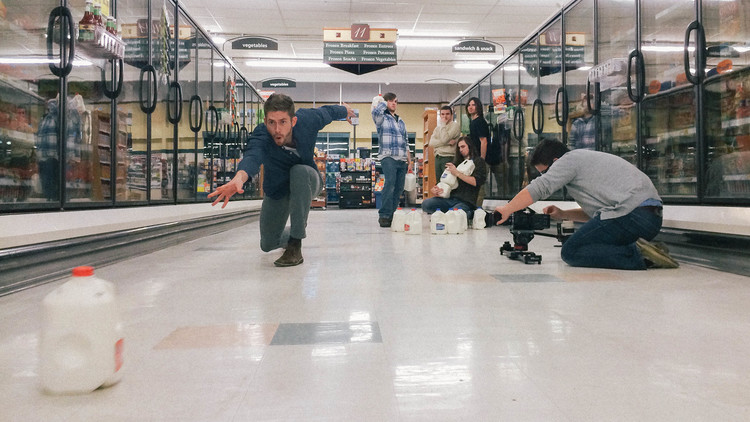 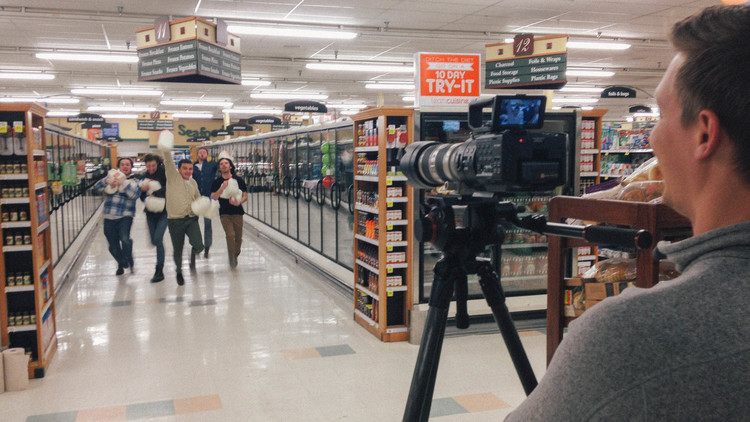 Within the first 48hrs the video was viewed over 10,000 times and shared on Facebook over 500 times. The video was also shared on Twitter and retweeted by many prominent figures in curling including:

USA Curling // @terry_usacurl – The national governing body for the Olympic sport of curling.