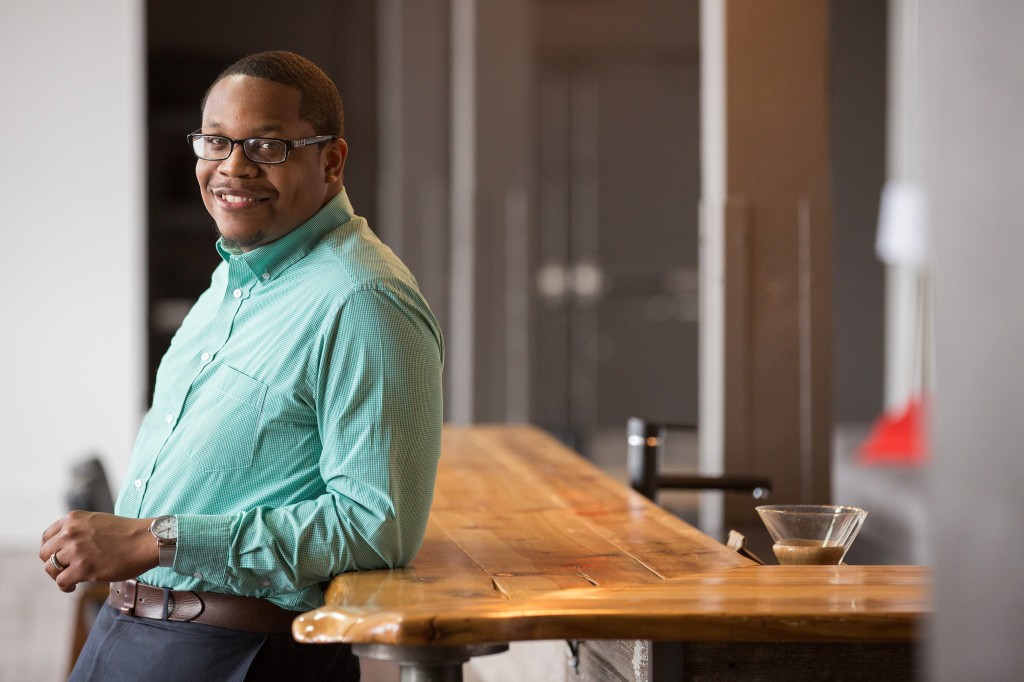 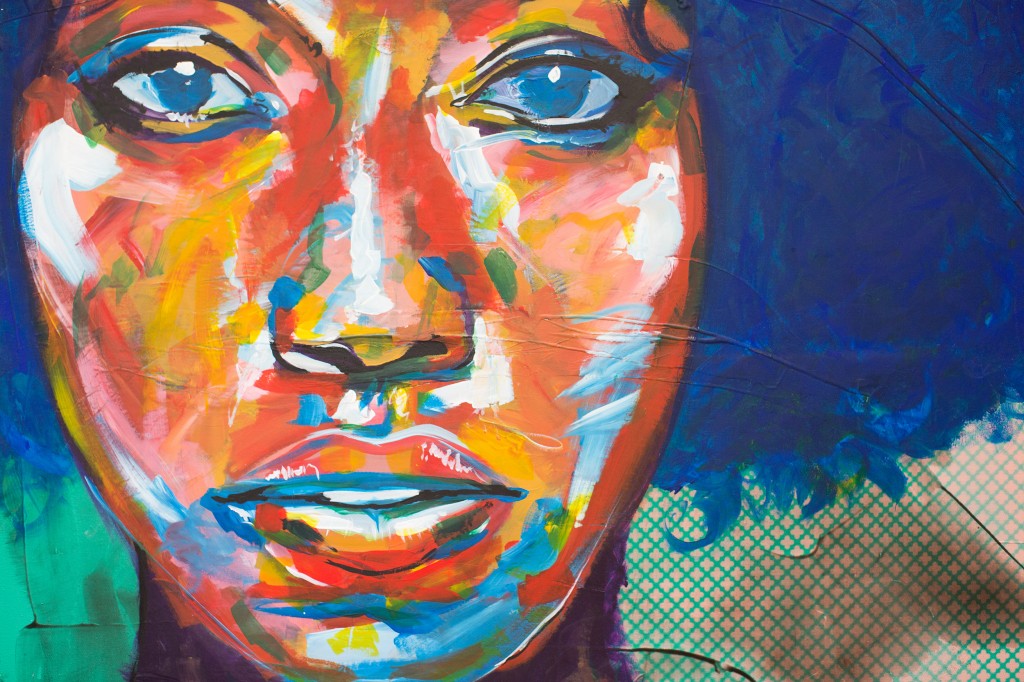 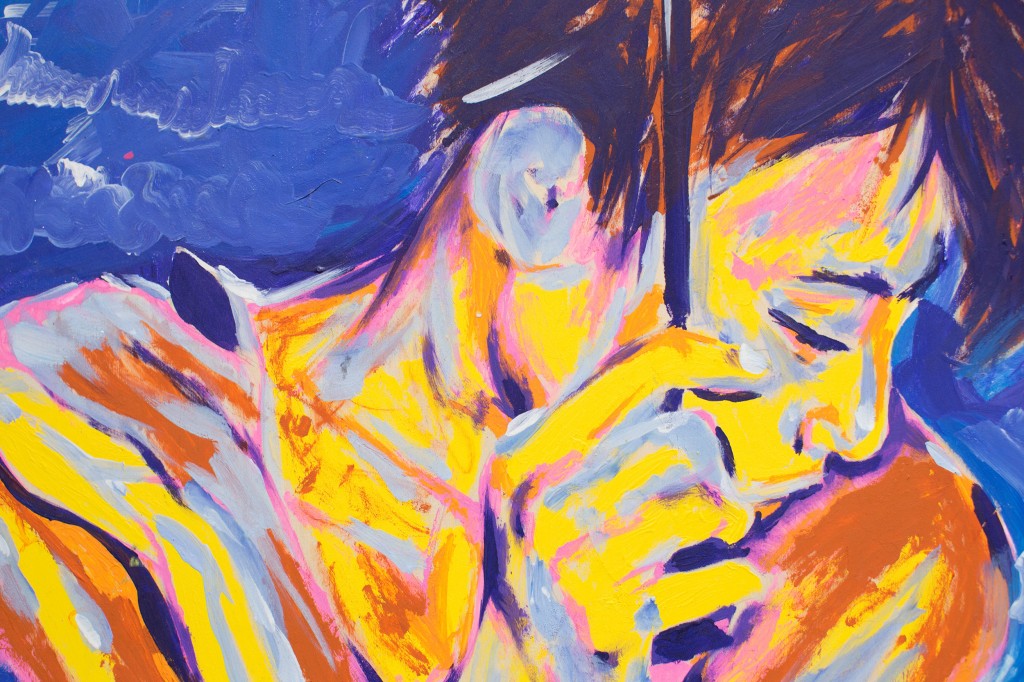 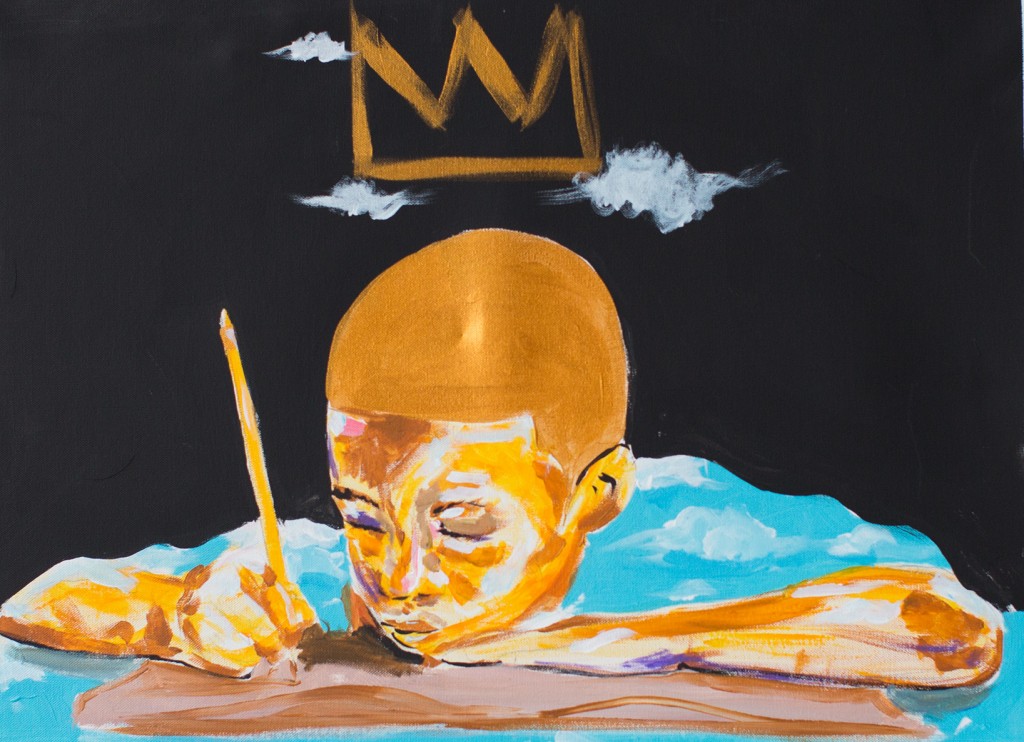 Inspiration comes from anywhere for the artist, who signs his work ‘Phresh Laundry.’ It could be a witty turn of phrase, something he picks up while out and about, or something that’s weighing on his heart. Once he’s got it, he calls it a rush of “pure emotion” that he sets to canvas.

This process is interpretive and expressive. He says that his previous work serves as a sort of journal through which he can trace themes in his life, which can sometimes be uncomfortable.

‘[It’s] like being naked, where I’m exposing all of these things,” he said. “It seems like it’s almost shocking when people relate to me and understand my work.”

But at the same time, he’s come to learn that his work doesn’t only have personal value.

“I create to just express another point of view. It’s my voice, but I’m learning that it’s other people’s voices too,” he says. “Some things are important, and not just for me.” 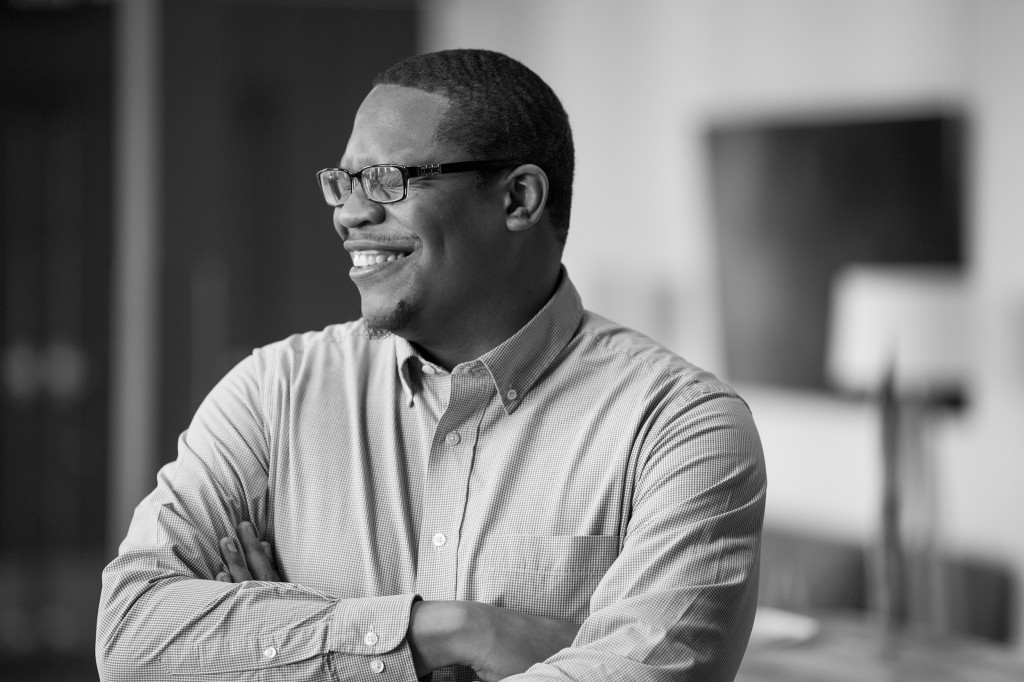 Though painting is his primary method, Smith works in a variety of styles from abstract to graffiti to modern in an attempt to keep his work fresh and his skill set well-rounded. Lately, he’s working on a series called “Something out of Nothing,” which he describes as “exactly what it sounds like.”

“I’m pretty much creating things out of stuff that is trash or uncommon surfaces. It’s nothing, but I’m drawing attention and finding detail in small things.”

He’s always been drawn to using non-traditional materials in place of canvas, for both aesthetic and cost reasons. But this particular series is different because it’s focused around his belief that the smallest, most trivial things can be profound if you have the right outlook. 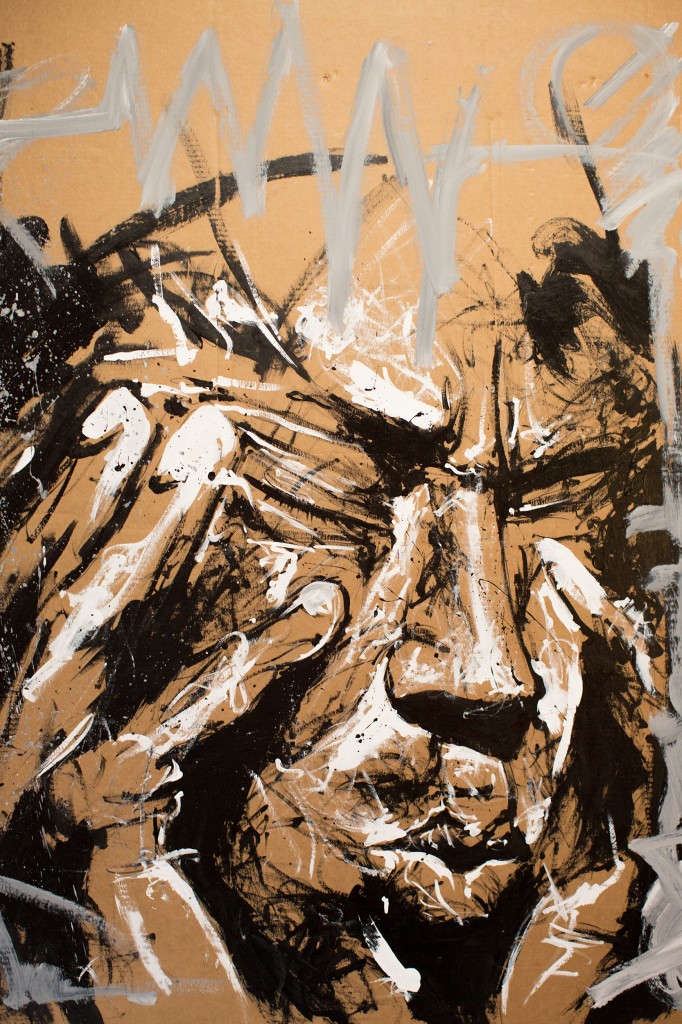 “[It] stemmed from me being married. It started out as nothing, and you go through this thing with this person and you both create a life and outlook together, and you have the responsibility of adding and mixing to the relationship,” he explained.

In this way his approach to life mimics his approach to art. For Smith, every experience is part of the ongoing process of seeing the world with all of its vivid, unadulterated color.

“I will never be stale.” 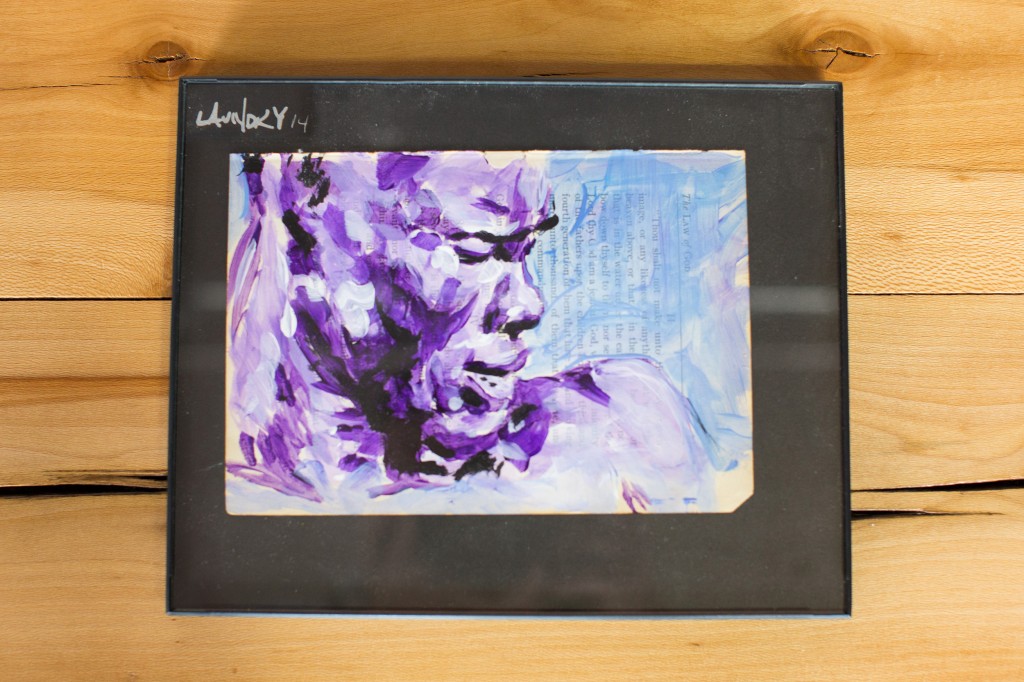 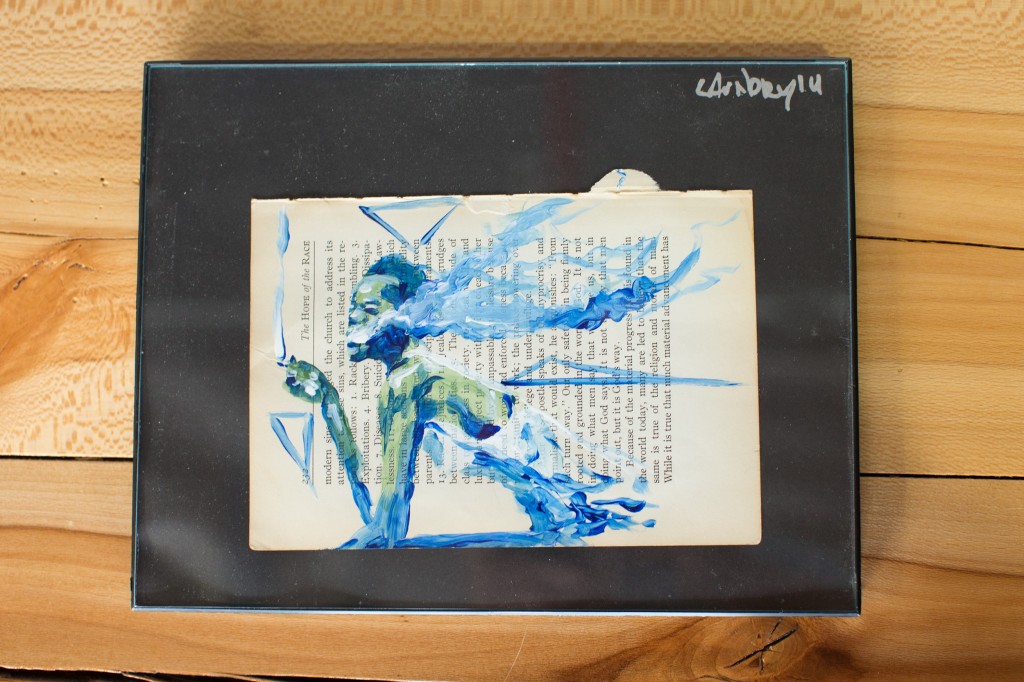 Theoplis Smith is a Fort Wayne-based artist. His work is currently on display at The Friendly Fox, or you can find it online at Phresh Laundry by Theoplis.